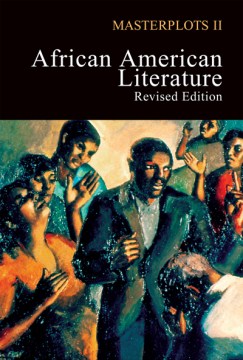 Book News
Williams (Xavier U.) presents 367 three-to-four page essays, 101 commissioned new for this edition, on significant African American works of literature, from Afrocentricity: The Theory of Social Change, a work of cultural criticism by Molefi K. Asante, to Zami: A New Spelling of My Name, the "biomythography" of Audre Lorde. The works covered range from early colonial era writings through works of the beginning of the 21st century. Most of the essays address a single long work, while others review an author's work in a certain genre, such as short fiction, poetry, essays, or speeches. Each entry begins with information on title, subtitle, author's name and birth/death dates, type of work, date of first publication and production. For fiction, information is also presented on type of plot, setting, and principal characters. The essays then describe events or contents of the work and address broad themes and meanings connected to the work. Essays on fiction works include discussion of main character or characters, while nonfiction work includes sections on "form and content" and "analysis." All essays end with discussion of critical context. Also included with the essays are annotated bibliographies on secondary sources. The final volume includes indexes organized by type of work, title, and authors. Examples of works covered, in addition to the two already mentioned, include Ain't I a Woman by bell hooks, The Autobiography of Malcolm X, Babel-17 by Samuel R. Delany, The Black Muslims in America by C. Eric Lincoln; The Content of Our Character by Shelby Steele, Kindred by Octavia E. Butler, Roots by Alex Haley, The Signifying Monkey by Henry Louis Gates, Up from Slavery by Booker T. Washington, and Walkin' the Dog by Walter Mosley. Annotation ©2009 Book News, Inc., Portland, OR (booknews.com)